Albin Kurti: This is the only alternative to resolve the conflict between Serbia and Kosovo 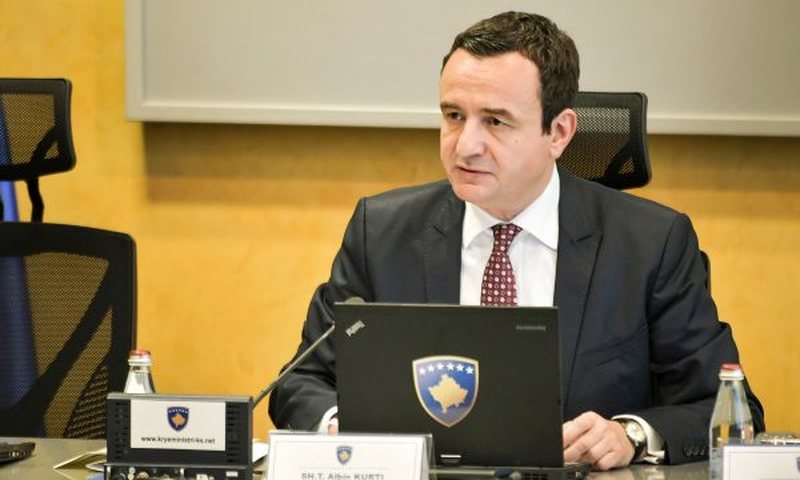 The Prime Minister of Kosovo Albin Kurti has stated that the recognition of Kosovo's independence is the only alternative to resolve the conflict with Serbia.

Kosovo media write that Kurti made this statement during a meeting in Pristina with the delegation of MEPs.

"We are in dialogue in Brussels for a new chapter in the normalization of relations between our two countries, where we resolve unresolved issues through mutual recognition," Kurti said.

The meeting was also attended by the representative for Kosovo in the European Parliament, Viola von Cramon. The meeting also discussed the recognition of Kosovo's independence by the five countries of the European Union and the visa liberalization process.

Milan Radojicic, who is a Serbian politician part of the US "black list"

US puts in the "black list" of the Serbian group in Kosovo, comes the immediate reaction of Vjosa Osmani

What is happening in the region? Serbia buys weapons again in Russia

EU lifts hopes for Kosovo-Serbia meeting in Brussels, Kurti and Vucic blame each other for lack of readiness

The Serbian newspaper makes the sensational statement: Vucic is behaving like Milosevic

Albin Kurti and Borrell clash in Brussels, here's why

Shocking event / Brother kills sister and then commits suicide, some time ago they lost their mother to cancer. Witnesses uncover serious details

The Vice President of the Supreme Court resigns immediately, the serious accusations about what he was involved in are clarified