Operation 'Golden Bullet' / From Talo Çela to Florenc Çapja, Klodiana Lala reveals what awaits the 14 dangerous people declared wanted: After a month I will ...

Brizida Gjikondi: The election of Berisha at the head of the Democratic Party is an assassination attempt against democracy, the former prime minister is a symbol of corruption, after the US and the EU are expected to declare him "non grata"

The poll of the newspaper "Sot" is revealed: Who are the most corrupt ministers in the government, the big surprise is Edi Rama, here is the place in the list

Russian ambassador to Belgrade talks about Russia's current stance on Kosovo: Here are the schemes being used to disrupt Moscow-Belgrade relations 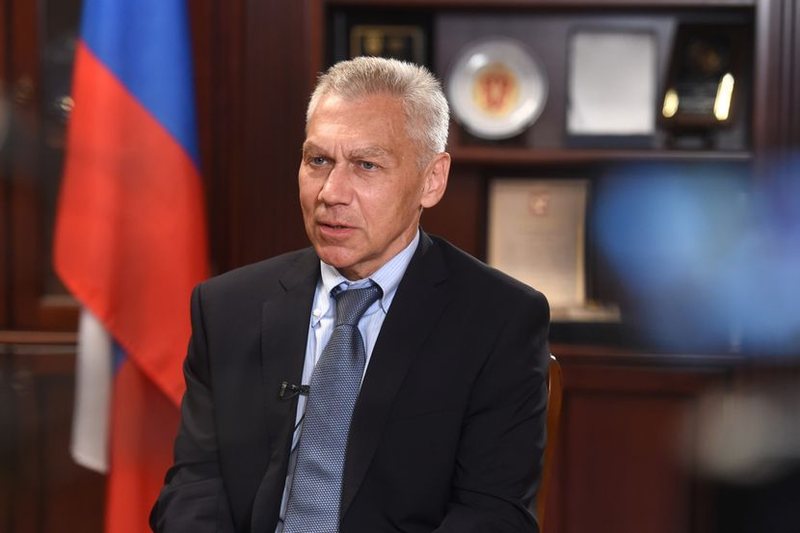 Russia's ambassador to Serbia, Alexander Bochan Kharchenko, has "calmed" Alexander Vucic with his statement. He said that there is and can not be any change in the position of the Russian Federation, regarding the issue of Kosovo. "We do not recognize Kosovo. We actively support Belgrade in international forums, especially in the UN Security Council. "Everything about the alleged changes in Russia's position has been invented, with the aim of disrupting Moscow-Belgrade relations and in order for Serbia to join the anti-Russian measures," Kharchenko told the Serbian newspaper Politika. On April 26, Russian President Vladimir Putin compared Kosovo to the two separatist regions in Ukraine, Donetsk and Luhansk, commonly known as the Donbas. Russia, like Serbia, does not recognize Kosovo's independence. After Putin's statement, the president of Serbia said that his country is under "increasing pressure" to recognize Kosovo's independence. Vuçi ka said that the situation in Serbia had "changed for the worse" after the statements of the Russian president and that the whole West would ask Serbia to move towards the recognition of Kosovo's independence, in order to tell Putin that Kosovo and Donbas are not the same. Authorities in Serbia, despite calls from the West, refuse to impose sanctions on Russia over its occupation of Ukraine. The Russian ambassador to Belgrade said the pressure on Serbia was "unbelievable" and "brutal". "We understand the extraordinary pressure of the West on Belgrade and the difficult situation in which Serbia finds itself. And, of course, we greatly appreciate the principled line it holds (Serbia),

Terrible / Suffers from bleeding in the brain, the 6-month-old baby comes out positive with ...

Powerful explosion in the center of Athens, at the scene ambulance, fire brigade and police forces

Earth does not find peace / Strong earthquake hits the neighboring country with Albania, here was the epicenter and how far

"I will shut everyone up!" / Beatrix Ramosaj can no longer bear it and breaks the ice, talks for the first time about the sensational Bora-Donald reunion and how she received it

Beatrix Ramosaj has not made any TV appearances for months. Tonight she has brok...