The incinerators affair / After the arrest of Lefter Koka, SPAK 'sinks' these two well-known businessmen

"You are rested in the country if ...! Skuth. He always gives me the chat ”/ The well-known journalist makes the rare story, tells the quarrel of Azem Hajdari with a former persecutor: He wanted to arrest him, here is how we worked

Ilir Meta comes out with an urgent notice, demands that an immediate decision be made against the well-known judge of the Constitutional Court, the violations committed are revealed 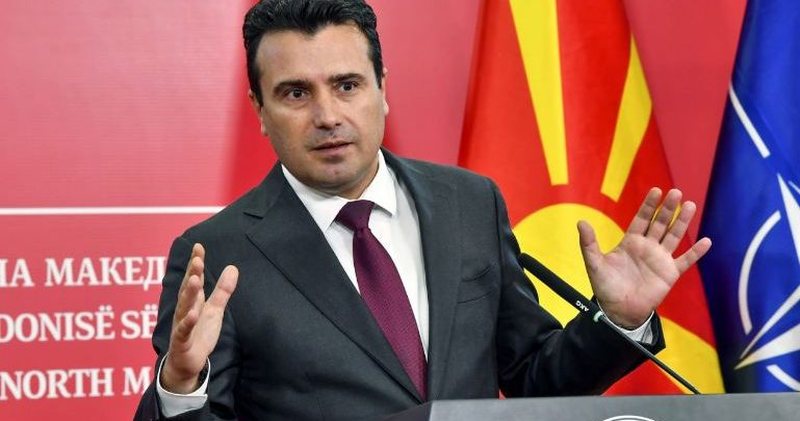 SDSM Executive Council has accepted the resignation of its current chairman, Zoran Zaev, and has decided that their party will go to the polls to elect a new party leader.

SDSM spokeswoman Bogdana Kuzevska has announced that the race for the new leader will start tomorrow and any member who is interested can compete.

She added that on December 12 in Congress will be voted for the new party leader who will then elect the narrow party leadership.

She stressed that Dimitar Kovacevski, as the name mentioned for Zaev's replacement in the leader of SDSM is a potential cadre that has value and capacity to lead this political entity, but she said that party bodies have decided to go to the polls for the leader new.

Kuzevska announced that Zaev has announced that he has a stable majority and that it will expand in the future. Kuzevska also stressed that Zaev will remain in politics after December 12 and will be an active member of SDSM. These elections come to the ruling party after Zaev's resignation from the post of party chairman and prime minister, after losing the local elections.

Destroyed an entire neighborhood in Greece, this is the cause that is suspected to have caused the powerful explosion this morning

1 million euros would be the reward / New details are revealed for the scary scene, Vuçiç would be killed by a…! The person who ordered the assassination was the president ... Here is the plan for the elimination, the Serbs are looking for this well-kn...

The situation gets out of control / The lives of citizens are endangered, snow and frost in the neighboring state, the government makes an urgent decision and takes the army to the streets (VIDEO)

Kosovo against Serbia, Kusari-Lila: April elections have no chance to be held in our territory

Occurs once in a lifetime / Storm Elpis hits the famous islands of Greece, "paralyzes" every activity

Extreme temperatures in the Balkans / Citizens in Greece make dramatic appeal: Please save our children

Get ready! Meteorologists issue URGENT announcement: This rare phenomenon is expected to hit the country, here is what will happen in the coming hours

They had organized an assassination attempt to eliminate him, President Vuçi re reacts and reveals the behind the scenes: We have all the details, the authorities have issued arrest warrants!

(VIDEO) An awkward 'live' moment happens to Arjola, her chest comes out

Actress Arjola Demiri got attention again with the dress on last night of "Big...

What happened? Egzona bursts into tears after the 'Big Brother VIP' show, her emotional conversation with Donald is revealed: I have many things I did not tell her, but ... (VIDEO)

During Tuesday's show, the secrets that the residents had told at the confession...