Tragic / Published video from the bloody clash in Greece, one dead and 7 injured, among them 6 police officers. Details are revealed 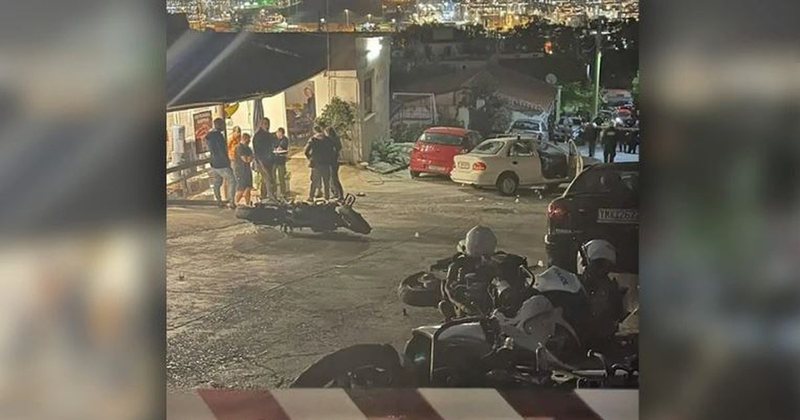 A serious incident occurred in Greece, resulting in the death of one person and the injury of 7 others, among whom 6 of them were police officers of the DIAS forces.

Greek media report that according to police sources, the officers signaled the driver of a car, who was inside with two other people, to stop for control.

But the driver of the vehicle did not obey the order to stop, giving gas to the car to leave.

As a result, a police chase started, which ended in "Eldidos" street.

At the moment of stopping in this area, the driver of the car collided with one of the police engines, causing the latter to shoot with a gun.

As a result, one of the three passengers in the vehicle lost his life, while another was injured along with 6 DIAS police officers.

It is learned that the third passenger in the car escaped, and as a result was declared wanted by the Greek police.

Born in Pristina, who is the Serb who is organizing the protests against Vucic

Government confirms: Albin Kurti will not visit the US this year

The Deputy Prime Minister of Northern Macedonia speaks about the "Open Balkans": The countries that joined will realize that it will be a missed opportunity

Four candidates for president of SDSM in Macedonia. Meet the names

Strong earthquake shakes Greece, here is how it was

Zero patient confesses the symptoms of the "Omicro" variant: When I was sleeping he bit me on the chest

After the situation worsens, Greece imposes new restrictions due to Covid, here are the rules you need to know to cross the border

Painful! They lost their lives in Bulgaria, the dead bodies of 45 victims arrive in Skopje

Today, the fourth Gashi-Zaev meeting, an agreement is expected on the inclusion of the Alternative in the government, the Alliance demands accountability from the Alternative