"There are two 'diseases'", Sali Berisha finds the 'diagnosis' of the crisis within the DP and makes a strong statement

Operation 'Golden Bullet' / From Talo Çela to Florenc Çapja, Klodiana Lala reveals what awaits the 14 dangerous people declared wanted: After a month I will ...

Europa writes about the final of the Conference League in Tirana, Rama: Excellent image for Albania 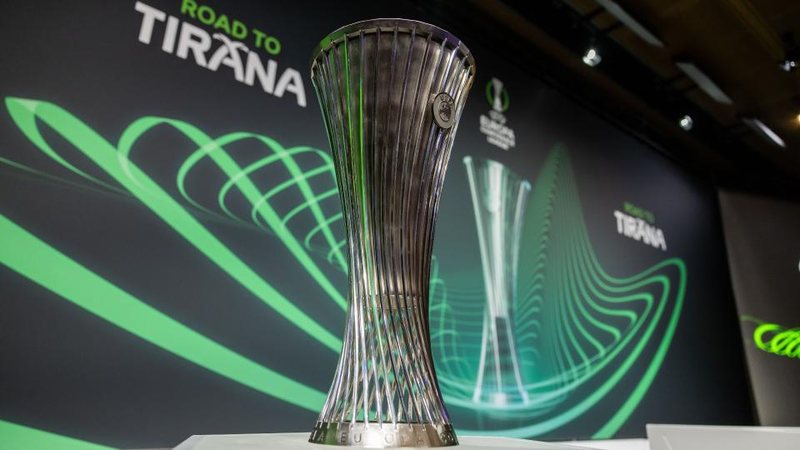 The sports media in Europe have paid a lot of attention to the fact that one of the big football ale nals of this season, the one between Rome and Feyenoord in the Conference League, will be played in the Albanian capital, Tirana, on May 25th. It is precisely the most popular sports media in Italy, the Netherlands, Great Britain, Germany, etc., which consider Tirana ale fiery, not excluding the fact that the new national stadium "Air Albania" is ultramodern and built in recent years according to the highest parameters and standards of UEFA and FIFA. Prime Minister Edi Rama also wrote about this sporting event, calling the May 25 final in the Conference League a great sporting event, but at the same time an excellent image for the country. "Who thought of this beautiful event until a few years ago, when the Albanian national team emigrated abroad because there was no stadium accepted by FIFA / UEFA for home matches ?! But it is not only the stadium, it is the image of Albania, the level of security, service, food, the international reputation of Tirana, which are incomparably better today than until a few years ago and as one of the UEFA envoys told me, " We are happy to contribute, so that people in Europe learn how radically different Albania is from the perception created for your country in bad times ", this is Edi Rama's message on Facebook, proving that this 25 nale of May 25 is a big event for our capital, Tirana.

Duke: It was a crazy idea, but we are prepared for this big final

Roma-Feyenoord is the major duel that will be played after 19 days in "Air Albania". The final of the Conference League will be played in the Albanian capital on Wednesday, May 25, a festive day for everyone. "A crazy idea in its beginnings", Armand Duka describes the organization of this event in the national stadium. The president of FSHF has posted on his official website, where among other things he writes: “The historic day is coming, Roma & Feyenoord will make the ? nale of Tirana unforgettable. Who will win this Cup for the first time? It will be placed on the carpet of our wonderful Arena. A crazy idea in its beginnings, but after a voluminous work of several years of the AFF administration, we managed to welcome it in Albania. I want to thank those who trusted us in our initiative, the Executive Committee and the UEFA administration, but also those who supported us unsparingly, as well as all the institutions of the country. We have invested all our energies for a perfect organization for everyone who will be in Albania and I am convinced that you will spend wonderful hours and days in the place that has the Hospitality marked in its tradition. I assure our friends that the Football Federation will reward the trust given by making this historic të unforgettable ", concludes the head of Albanian football.

Lara Kolturi, Italian ski talent will compete for Albania, Çuçi provides her with a passport