Ronaldo pressure United: I did not come here to close the championship in seventh place 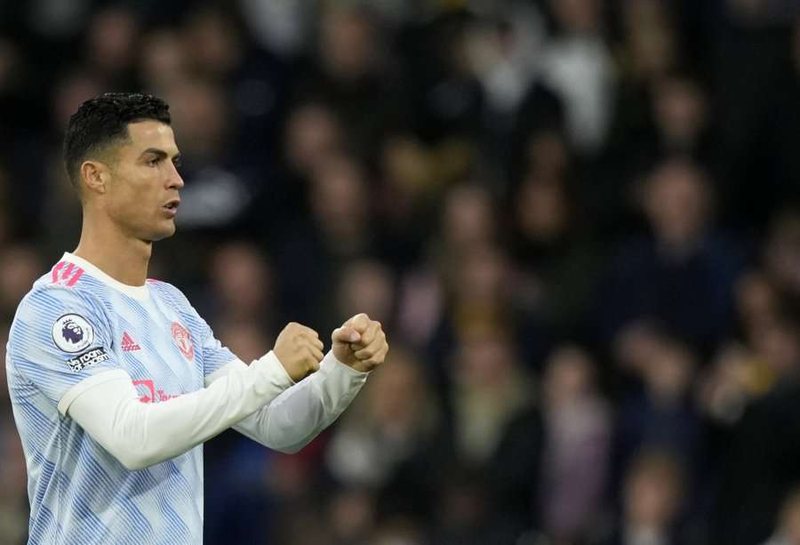 The Portuguese striker has been seen dissatisfied with the performance of the English "red devils", there is a disagreement between him and coach Ragnik

Referring to Sky Sports ", Portuguese Cristiano Ronaldo, says that it is not acceptable for Manchester United to aim for less than one of the first three positions in the Premier League, and warned that he has not returned to the club to fight for the place of seven in the table. The 36-year-old striker was transferred to "Old Trafford" at the beginning of this edition from Juventus and signed a two-year contract with the English team with the possibility of extension for another year. United this season has disappointed and replaced Ole Gunnar Solskjaer with Ralph Rangnik, in December after heavy losses to Leicester, Liverpool and Watford. Ronaldo has insisted that Manchester United have the strength to turn things around in their favor and to close the season in the position the Portuguese is aiming for. He wants to play in the Champions League next season as well. According to him, United should give signals to all opponents from the next match. "We are able to change things now. I know the way, but I will not mention it here because I do not think it is ethical on my part to say so. What I can say is that we can do better - all of us. Manchester United belong to the important things, so we need to change that. I do not want to be here to be in sixth, or seventh, or fifth place. "I am here to try to win, to compete," Ronaldo insisted. "I think we are competing, but we are not at our best yet. "But we have a long way to go and I believe that if we change our approach, we can achieve great things." Asked if United could hope to close the gap on their top four rivals without the right mentality, Ronaldo said: "Impossible - I think the mentality is the key point. I do not accept that our mentality is less than being in the top three of the Premier League. I think to build good things, sometimes you have to destroy some things. So why not - new year, new life and I hope Manchester United is at the level that the fans want. "They deserve it," Ronaldo added. The Portuguese then spoke of Solskjaer's departure and the bench changes. "I was disappointed, but we have to understand the club. It was hard, but life goes on. But I still believe we are capable of making a good season. We know we are not in the best of times,

"Air Albania" stadium is preparing for the big match, here is the final that will be played in the Albanian stadium

Mesi puts an end to doubts, decides to respect the contract with Paris San Germain

Surprise to the legionnaires, Milan and Juventus race for midfielder Nedim Bajrami

Lilaj: I chose Dinamo because it is a big name, in a few weeks we will leave it last

The troubles for Djokovic are not over, the Serb can be declared "non grata" in the USA as well. The final decision is clarified

After the Super Cup victory, everyone is happy at Real, only Eden Hazard is "redundant"

Lewandowski or Messi? Here's who wins the award for best player in the world